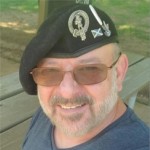 I have to admit that this was a hard article to write.

We learn in scripture that in the last days perilous times shall come.

Well, I believe that they are here. Just look at the craziness that surrounds us. We have anarchist lunatics taking the streets, burning, vandalizing and now majorly wounding and putting innocent people in the hospital.

I was watching a video of a boy on the school bus getting beat up by a few other boys just because he wore a Make America Great Again hat. And what was bad was that the boy was suspended for several days for being in a fight.

More and more with the desensitizing of our children to the world of violence school shootings have risen in the years. What is the horrible fact is that in many of these school shootings, Christian students have been the target.

One of the most know was Rachel Scott who was murdered in the Columbine High School massacre.

Rachel Scott was the first individual to be shot in the Columbine High School massacre. She was shot four times while eating lunch with her friend, Richard Castaldo, on the lawn outside the West Entrance of the school. Initially shot in the chest, arm and leg, Rachel was then murdered by a fatal wound to her left temple, reportedly inflicted as she attempted to crawl to safety. Her friend, Richard Castaldo, was himself shot eight times, and permanently paralyzed from his injuries.

Although at least one author questions the actual circumstances surrounding Rachel Scott’s final moments, other sources say Eric Harris approached her as she and Richard Castaldo lay wounded, lifted her head by her hair, and asked her whether she believed in God. She said, “You know I do.” In response, Harris said, “Well, go be with Him” and shot her in the temple. Richard Castaldo (who only survived the attack by feigning death) would recall hearing Rachel weeping as she curled into a ball upon the grass, before hearing a final gunshot as Harris and Klebold approached them.

More and more of these shootings Christian students are being openly targeted.

News stories appear to show that he singled out Christian students. Survivor and witness to the killings Anastasia Boylan stated that Mercer came up to her and asked her if she was a Christian.

She stated that when she responded to the question with “Yes” …

“He said, ‘Good, because you’re a Christian, you’re going to see God in just about one second,”

As I said, this is an article that I have been chewing on for some time now. I knew that I had to write it, but something inside me just kept procrastinating.

The reason, I hate what is happening to our children. They are being targeted and killed for their faith.

Thinking to myself, I can continue to procrastinate, or I can do the research and help parents take action and help protect their children as best they are able.

But with so many restrictive rules in schools today, what can parents do?

Best thing that a parent can do is teach your children realistic survival skills for to escape, evade and survive a shooting.

What can they do?

Well if you have not taught / given your child some sort of plan, then bad on you.

First thing that you need to do is put together a “what if”  plan.

This is a very realistic thing that you may have to plan for. Yes it is scary, but if you and your child do not have a plan in place, then you are not helping them and they may fall prey to the predators that want to harm and kill your child.

Here is a plan that I have put together for you. You can adapt where you think would be good. But you want to keep it simple so that your child will remember what they need to do.

RUN – You will need to have a basic lay out of your child’s school. Map out with your child to know where all the exits are located in the school. Make things interesting with your child, conduct mental rehearsals.

“Ok Bobby, the bad guy is here (point to a spot on the school map) where is the exit?”

Get your child to think about where the exits are located at all times. Give him / her escape plan and again perform mental rehearsals with them 3-4 times a month. If they are in multiple classrooms throughout the day, discuss different escape routes that your child can take to get out fast.

The key is to have a general idea where the shooter is located and put as much distance between the shooter and your child.

But, if your child does not know where the shooter is, then the next step in the plan is to hide.

HIDE – Using your map of the school, see if you child knows of any closets, libraries, teacher offices, or places that they can crawl under something or behind something and hide.

Talk to your child and discuss the different places that might be a good place to hide. What you want to find out during this discussion is where the best “cover” not just concealment is.

Cover will hide you and protect you from bullets.

Concealment will just hide you, but may not protect you from bullets being fired.

Again using your school map, point out places and talk about if the shooter is here (pointing to the map) where is the best place to hide  and give you the best “cover” out of all the pre-determined hiding spots?

“You want to have as many good hiding spots that the child can get to as quick as possible.

Talk about running and then hiding to put as much distance between them and the shooter. You want your child to think and move.

In these situations your child will have to take charge. Yes this is a lot to put on a child, but you are giving him or her a plan. You are helping to instill a mindset of self-rescue. Your child cannot wait for first-responders – it takes too long. In most of the school shootings the police took on average 10+ minutes to respond. You know how many people can be killed in 10+ minutes?

Talk about also hiding and then running. You want to mix things up and get your child to start thinking about a “what if” plan.

A good decision executed quickly is better than a great one never executed. Violence of action, as we call it in the Spec Ops community, will often change the odds in your child’s favor.

FIGHT – Ok, this one is tough and it depends on the age of your child as well as the age of the shooter.

One of my more favorite classes to teach is the “Tueller Drill.” Basically anyone with a knife that is 20 feet or less away can in most cases over take someone with a holstered gun . This is a fact and there are plenty of data to back it up.

This is where you will really have to trust your child and instill in them a very keen sense of possibly taking on the shooter.

Now, I am NOT advocating that they just run up to the guy and try to attack them, but if they have the chance to take advantage of the situation, say gun jams up, re-loading, distraction or the shooter isn’t paying attention, and they can take the shooter down; then it is a better chance than just sitting there getting shot. The other alternative is getting the heck out of there during one of these sorts of situations.

If running away, what your child needs to remember is that a moving target is extremely hard to hit, even for the well-trained shooter.

In my article – Preparedness – The Ultra-Left Are Starting The Civil War – What You Can Do To Prepare  I talk about clothing as well as a bulletproof backpack that would be a very good investment. Please take the time to read it, there is more useful information in protecting you and your family.

If you have any questions that I can help with, please do not hesitate to contact me.